When You Sit Down to Eat Your Cake 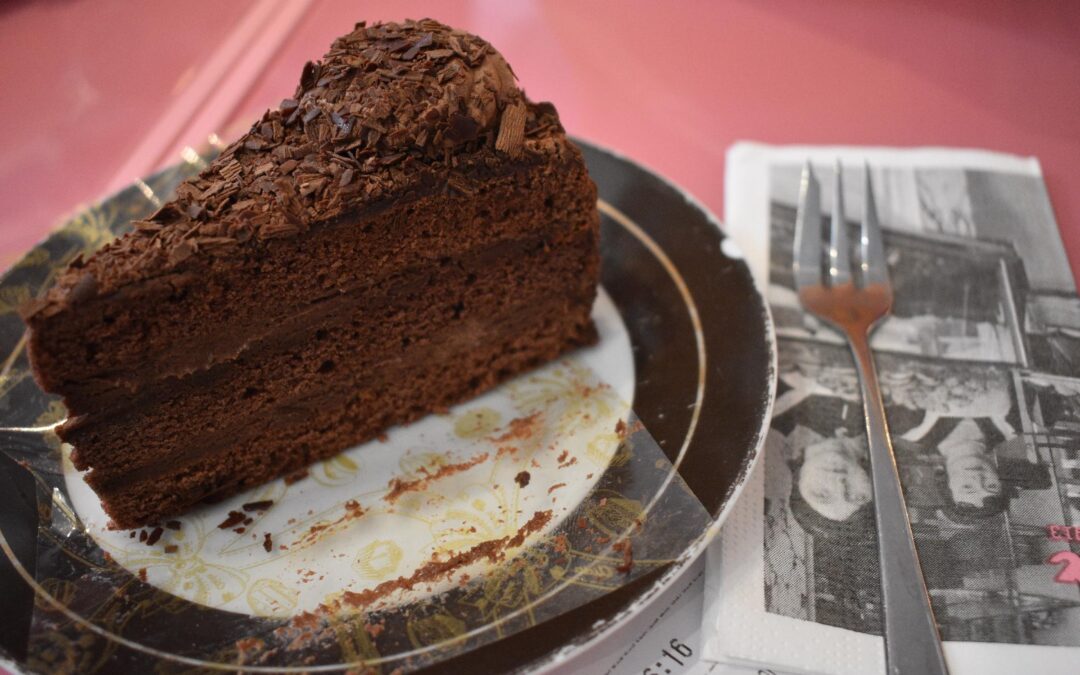 Why can’t we all just eat our cake in peace? Is it so wrong to enjoy the prospect of eating cake and also devouring it? Apparently so. We have all heard the proverb, “You can’t have your cake and eat it too.” It means that when you have two opposing objects (e.g. the cake being on your plate versus the cake being in your stomach), you cannot suppose both at the same time. Just as the cake cannot be in two places at once, neither can Christianity be synthesized with clearly opposing beliefs, such as the love is love movement, witchcraft, and socialism to name a few. These views are of many ideas so anti-Christian that even the people who uphold them know that it is impossible to mix the two. However, when faced with the question of whether you eat the cake or not, which ought you to decide upon? Before deciding, take into account the consequences of either option. Eating the cake will bring temporary pleasure, absolutely, but at what long-term costs?

Looking into the LGBTQ+ movement, one notices the supposed freedom that it offers to people, providing justification for relenting to fleshly desires. However, this system of living has repeatedly proved itself to be insufficient for societal flourishing, impossible for reproduction, and incompatible with biblical values. Society cannot operate on the basis of sexual immorality. For example, people participating in polyamorous relationships often fail to raise healthy children who feel like they can trust or are worthy of love. “Polyamory is not something you do for your kids to have a better life” wrote Doctor Karen Ruskin, Licensed Marriage and Family Therapist, “Polyamory is something you do for yourself because it is something you want.” Additionally, in same-sex relationships, one, quite obviously, cannot reproduce or contribute anything life-giving to the next generation. Not only is this disobedient to the commandment given to Adam and Eve in the garden (Genesis 1:28), but it is contradictory to the Darwinian concept of evolution, which, ironically, happens to be the presupposition of many committed to this belief. Many people shrug off  the biblical contradiction to this movement due to one verse in Leviticus that is misinterpreted for having a translation typo, using this as a “gotcha!” for Christians who oppose homosexuality. When they do that, however, they simultaneously ignore several other passages in which homosexuality is clearly rebuked, as well as polyamory and gender identity. According to Scripture, homosexuality is an abomination (Leviticus 18:22), and those who practice homosexuality will not enter the kindgom of heaven (1 Corinthians 6:9-10). God created people to be either man or woman, not in between and not up to interchange. He instituted marriage between one man and one woman, not to be separated by fornication or the incorporation of multiple spouses (Matthew 19:4-6, 1 Corinthians 7:2-4). It is doubtful that a cake so contradictory to nature would appear so appetizing, and yet it seems to be the most sampled slice. If one didn’t know any better they may want to try more.

What about a slice of witchcraft? Witchcraft has become extremely popular, and rather mainstream, among people today, though not without reason. The Church and School of Wicca paints the practice appealingly as it “investigates every potential,” and there everyone’s “views and interests are just as valid as anyone else’s.” Yet, they proceed to explain that the Christian view of Satan is “not for harmonious thinkers such as witches.” Again in an article titled “Can a Wiccan Be a Christian” the founders of CSW, Yvonne and Gavin Frost, say that the two are incompatible unless, of course, Christianity is dressed up to its most superficial persona. Nevertheless, this received backlash from other Wiccan followers, some of whom said not even the perversion of Christian doctrine could be incorporated, and others said that there were more ways in which one might be both at the same time. The Bible repeatedly condemns practices of witchcraft, which often includes violent self-harm, idolatry, sexual immorality, and pure satanism, saying once again that they are an abomination to God (Deuteronomy 18:9-12), and those who practice it will not enter the kingdom of heaven (Galatians 5:19-21). Anyone attempting to bring the two together is no better than a wicked stepmother. If you must first cut off the heel or the toe of Christianity to fit it in the slipper, then perhaps it was never meant to be in the slipper at all! All that does is pervert and debase the Christian outreach, causing people to misunderstand what distinguishes Christianity from other worldviews.

Speaking of misinterpreting Christianity, many Christians today claim that Jesus supported socialism. The people who say this recognize the great value of love, equality, and charity under God’s law, but they point too often to socialism as the answer. However, socialism, the distribution of wealth and centralization of means of production in the hands of the government, is an incorrect answer. Some Christians who embrace socialism tend to only embrace one half, seemingly discarding centralizing the means of production and all other Marxist agendas. Thus they limbo their way under all attacks on socialism by the Marxists’ definition. The fact that the definition of socialism must be changed in order to fit into the Christian box should be enough to tell you that socialism is incompatible with Christianity. Nonetheless, the edited version of socialism that they want implemented still doesn’t fit in that box. Socialism in practice undermines true love, to love is to choose. Socialism, being a government enacted system, does not give you a choice. God gave us free will for a reason. Without it we would not be able to carry out his commandments or follow him whole-heartedly. Defending socialism on the basis of love and charity is a distorted argument. Overall, in order to fulfill God’s law, we are commanded to do all we do in love, because God, who is love, has loved us (Romans 13:8-10, 1 Corinthians 16:14, 1 John 4:7-8;19).

What then happens if you eat your cake, should the cake be eaten? If the world decides to give into sexual desires, we face the collapse of the family. If witchcraft continues to gain followers, we face a life of pain and confusion. If socialism jostles its way into our government, we face the dispossession of freedom. Do not eat the cake. Knowing now that you cannot have both, refrain from one and leave the cake on the plate, for you will be better for it. Choose Christianity, for in it you will find fulfilment that lasts an eternity.