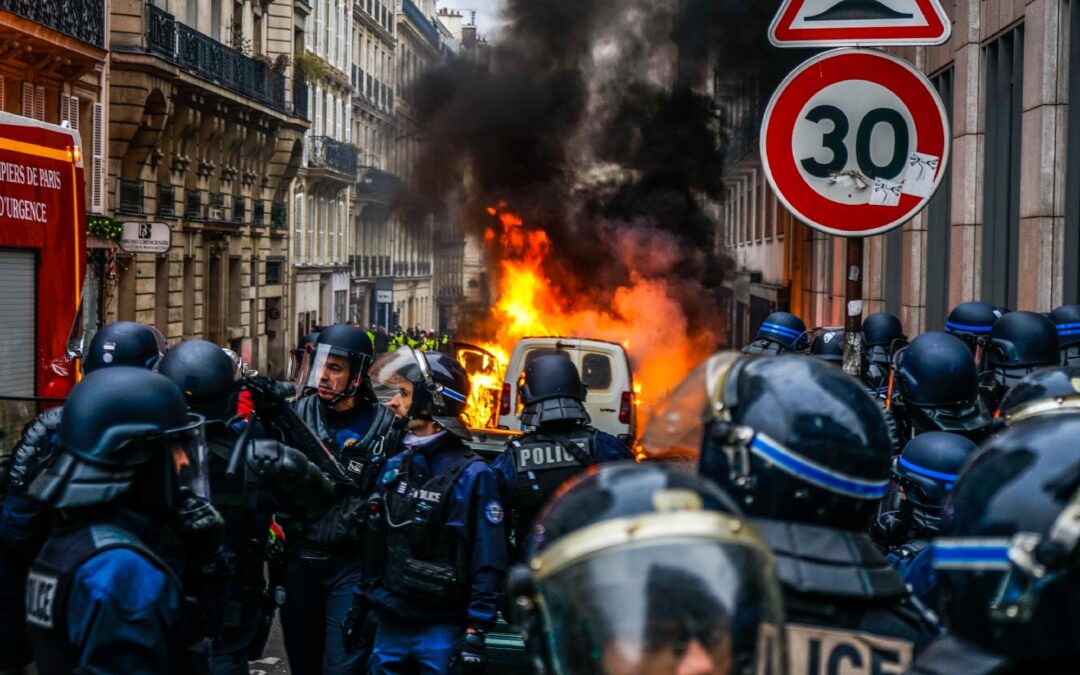 As I reflect on the current state of affairs in America, I realize just how warped our society’s relationship with the law has become. When I think about it, I realize most of our nation’s problems, including violent riots, a shutdown economy, and a movement to defund our police departments, can be traced back to our society’s corrupt perception of the law. Without a harmonious relationship between society and law, we cannot keep a peaceful state. One crucial question follows this realization: how did our country’s view of law become so corrupt in the first place? Why is this distorted perception continuing? The simple answer is indoctrination. Through our education, media, and even entertainment, we have had Secularist, Marxist, and Postmodernist ideologies forced upon us, but what perception of law do these ideologies present?

Secularists believe that morality is not only constructed by humans, but it can also change. Therefore, if there is no objective standard of what is right and wrong, the law designed to ensure fairness and justice might, in reality, create unfairness and injustice. However, this Secularist worldview contradicts the United States’ legal tradition. Although the United States’ Constitution is a conventional law, it is rooted in the Declaration of Independence, based on natural law. Therefore, our nation’s law system was built on the belief that laws are discovered on an internal code of morality possessed by all people. When the Secularist worldview becomes indoctrinated into our people, especially our nation’s youth, our past laws are reduced to unenlightened ideas, in need of evolution. We can see that this want of an evolved law is one of the main causes of societal unrest.

On the other hand, the Marxist idea of self-regulation, once all economic classes have been abolished, is also being spoon-fed to the general population of America. However, one should be able to see that the idea of complete self-regulation regarding law will never work. This is because our human nature is corrupted by sin; therefore, no legal system, let alone total self-regulation, will be able to cause every person to act morally. The Marxist worldview also fails to acknowledge the dignity of humans as God’s image-bearers or the source of law is God’s nature and character, which would have a devastating impact on society.

Finally, Postmodernists believe that law cannot be neutral; however, if there is no basis for how one applies the law, then what foundation is there for any true understanding of law and justice? What might be a foundation for one person, might not be a foundation for someone else. Nonetheless, it’s not that Postmodernists don’t encourage justice, it’s just that they view anything resulting from the power structures of not only Christianity but also the Enlightenment, as unjust. Therefore, their view of justice concerning the law is not connected to any objective standard or truth. But, since our current law system is based on Christianity and objective truth, like the Secularists, our law requires evolution. We can see that this want of an evolved law is one of the main causes of societal unrest. In the end, it seems that Postmodernists are merely trying to take the reins of power from others already in power.

Another crucial question follows this explanation: how can we mend our society’s relationship with the law? Is it even possible to fix it? Although many might think we are past the point of no return, I think it would be possible to mend our society through law. As Christians, our goal for the law would be to stabilize society by ensuring that the innocent are protected and the guilty are punished. Once we return to this baseline idea, our laws will be able to fall more into alignment with God’s natural design. However, to begin, we need to restore a love of liberty in our nation’s men and women, and raise a generation that loves the Lord and has the courage and skills to reshape our current society. When this goal is undertaken, I can see hope for the future of not only America but also the world as a whole.