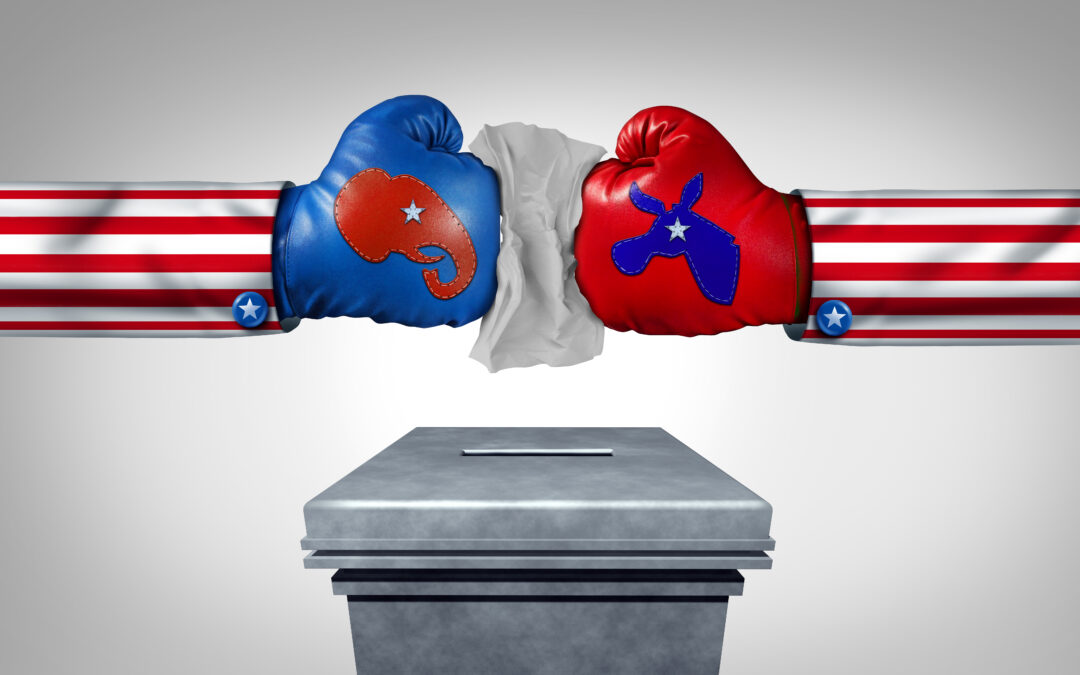 America is slowly losing the Christian inheritance she once had. As Followers of Christ, this should be alarming to us. We have seen throughout history the disastrous impact of ungodly behavior in a society. We know that rejecting God will only produce oppression and death. And while this threat is rising, many Christians are getting distracted by the political battle between Republicans and Democrats. This focus on the war between the two parties causes us to forget the root of the issue here in America. The problem is that America is being destroyed by sin and rebellion against God.The Gospel of truth needs to be proclaimed because it has the power to change the hearts, minds and behavior of men. If the Bible is no longer changing us from the inside out, society will only progress downwards into chaos and tyranny. And yet, so many of us have been sucked into the worries of this world, we have forgotten to focus on God and what He wants us to do. It is time for us to humble ourselves and hear God because the two parties, Republicans and Democrats, are refusing to listen to our King.

Despite being more aligned with Biblical ideas and values, I have noticed Republicans rejecting God more and more. They are arriving at crazy conclusions such as starting a Revolution! They are no longer listening to God, they are listening to the flesh. If Republicans continue down this path, it will lead to the same place Democrats are heading—totalitarianism. This is a great turn from the original direction they were heading because, before, they held more strongly to America’s Christian Founding faith and values. What happened to Republicans? Many of them have abandoned the Gospel of truth. They do not have a foundation of biblical beliefs anymore. They no longer preach God’s truth with the hope and vision of changing man from the inside out. Where is the transformative power of the Gospel? Why aren’t we seeing lives changed, society prospering, or hearts rejoicing in the strength of the Lord? We have stopped focusing on God and the root of the issue because we are so caught up in the political battle. We are caught up in the world when God has been calling us back for a while now. Why do we still ignore him? I have been listening to Republicans and I detect a slow rejection of Biblical ideas that once filled America with strength and beauty.  If we sacrifice the faith and values that made America great to try to make the Republican party attractive to more people we will have destroyed the very hope we have for the future.The Republican party only has value as it is true to the values of scripture, but that alone will not turn America around from heading toward oppression.To save America we need people whose lives have been transformed by the gospel of Jesus Christ.

Democrats neglected God a while ago. They have been seeking the kingdom of man through communism and have made this apparent through their socialist agenda which cries: “free medicare!” “free education!” “Social Democracy!” They have promoted values and lifestyles that will only harm humanity such as abortion and the destruction of the family.  They have been robbing America of the wonderful inheritance we once had. The enemy has been placing ideas into the minds of Democrats, causing them to promote division, hatred, and injustice. Their beliefs even include demoralizing civilization. In the end, their ideas and plans will lead to totalitarianism. This is why depending on man to save us has never been successful. Only when we humble ourselves and come to God will things turn for the better.

We need to refocus on God. If we lose sight of the problem here in America then we will not have a correct vision of how to fix it. Sin is destroying America and only the gospel of Jesus Christ can transform the lives of sinners.  Recently, I have noticed a growing problem with Christians getting sucked into the political battles between Republicans and Democrats and failing to promote the only true solutions to rescue our nation. I have seen Christian Republicans online stay quiet about God’s truth and increasingly become hopeless as they continuously fix their eyes on the world. Now is the time for us to have faith in God’s redeeming power and have hope for this world. It is time for us to be reminded to pray and ask God to save this nation and to obey everything He commands of us. We need to act, not become silent and asleep again. Nor should we be distracted by worldly things but instead, let us be obsessed with God and create massive transformation through the Gospel of Truth that transforms the hearts of men.